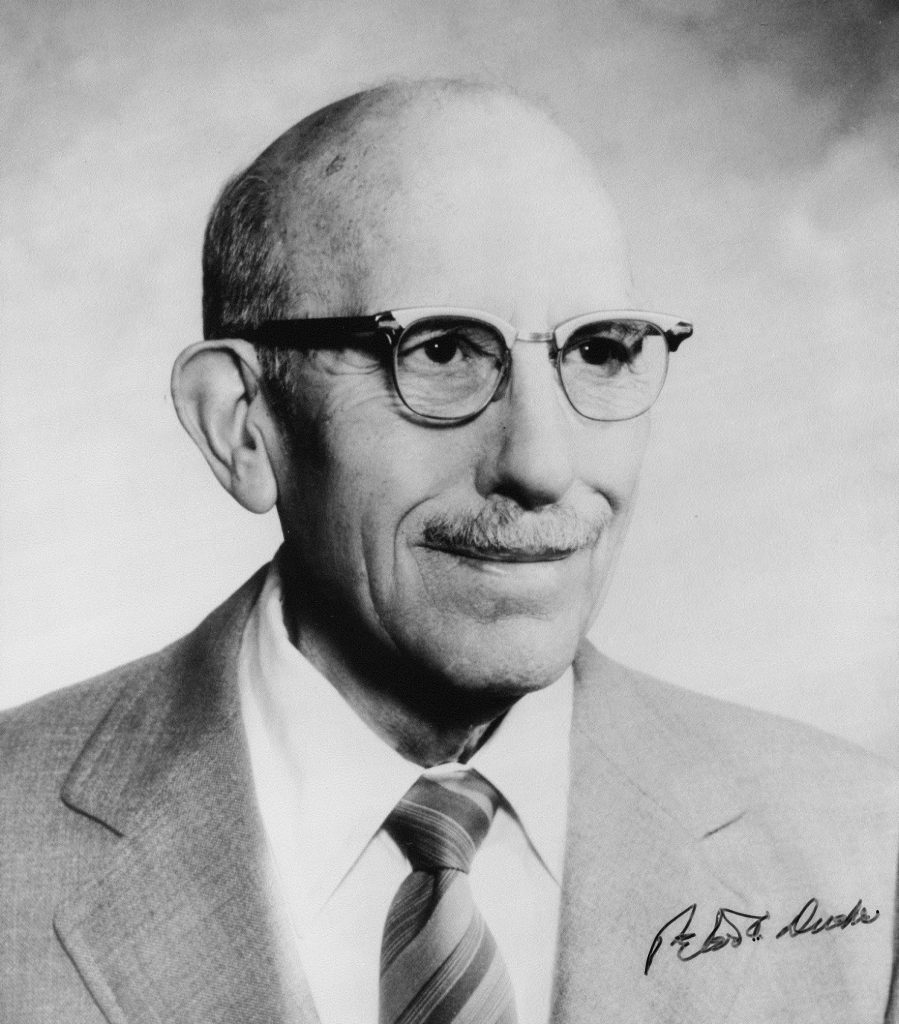 Dr. Peter Duehr completed his two year combined ophthalmology-otolaryngology residency at UW and joined the Davis and Neff Clinic in 1934 as both a part-time clinical faculty member and a practicing ophthalmologist. He rose through the ranks, eventually becoming a clinical professor, and succeeded F.A. Davis as chair of the division in 1954. Surprisingly, it was not until 1961-62 that he was granted full faculty status; Duehr served as chairman until 1970 when ophthalmology was recognized as a department. He became an emeritus professor in 1973 and retired from practice in 1978 at 75 years old.

Duehr was a complete physician and an astute diagnostician who missed little on clinical examination. He had a memory for unusual cases he had seen in the past, but was an attentive physician endeared to all his patients. He was a gifted surgeon and an outstanding teacher who taught by example. Duehr, with the help of Dr. Matthew D. Davis, encouraged graduates of the residency program to pursue fellowship training in various subspecialties and return to Madison and take minimally paid part time positions in the division to enhance its quality. Hence, he inaugurated the era of specialization by adding services directed by a fellowship-trained retina specialist in 1956, followed by Glaucoma (1960), Neuro-ophthalmology (1961), and Oculoplastics (1968).