“Receiving this award was a nice surprise and an extraordinary honor, given the great respect and deep affection I have for so many folks in the department in Madison,” Dr. Skuta said upon learning of the award. “I can’t easily express how meaningful this is for me, both personally and professionally, in view of the department’s amazing legacy of excellence. I appreciate the fact that the leadership of the Alumni Association feels I have represented the department well, and that I was even worthy of consideration for joining such an impressive group of prior recipients. That really means a lot to me.”

Skuta adds, “I feel incredibly privileged to be an ophthalmologist, and an alumnus of the University of Wisconsin. I will display this award with pride along with the many wonderful memories of Madison.”

Dr. Skuta credits the strength of the UW training program, including clinical, surgical, educational and research opportunities, in preparing him for the success he’s had in his career, his interest in glaucoma and his decision to pursue a career in academic medicine, saying, “Under the tutelage of so many leaders in the profession, I felt very well prepared for the future…Barb Klein, Harry Roth, and Paul Kaufman were all instrumental in my getting a fellowship at the Bascom Palmer Eye Institute. Paul, in particular, has remained a lifelong mentor, and it has been very gratifying for me to see him receiving so many life achievement awards.”

“It was very special to be there during Dr. Dinny Davis’s tenure as chair, and being exposed to his incredible contributions to clinical trials,” said Skuta, who is a member of The Davis Society, recognizing donors to the UW Department of Ophthalmology and Visual Sciences. “I loved his lack of pretense and his using paper clips as tie clasps.”

Cathy Newton, MD, (Residency 1983) nominated Dr. Skuta, saying “I was a resident with Greg and always found him to be such a great guy. And then he hit the trifecta,” referring to Dr. Skuta’s national recognition and service, including his current leadership role at the University of Oklahoma and Dean McGee Eye Institute, as director/senior examiner on the American Board of Ophthalmology (ABO) and as president of the AAO. In addition, he served on the AAO’s Board of Trustees and Executive Committee and is a past president of the American Glaucoma Society.

“What has been particularly gratifying for me is to have had the special opportunity to play leadership and service roles in various organizations,” Skuta says. “Serving as president of the AAO in 2014 was certainly, and without question, a major highlight of my career.”

His memories of Madison are many and include the lakes, Dane County Farmers’ Market and the lifelong friends, not to mention proposing to Anne, his wife of 34 years, along the shores of Lake Mendota.

Dr. Skuta’s medical career began at the University of Illinois. He completed his residency at UW, where he was chief resident, followed by a glaucoma fellowship at the Bascom Palmer Eye Institute in Miami. His academic career continued on the staff of the Kellogg Eye Center in Ann Arbor, Michigan. He is currently president and CEO at the Dean McGee Eye Institute and chair of the Department of Ophthalmology at the University of Oklahoma in Oklahoma City, where he is the Edward Gaylord Professor and Chair. 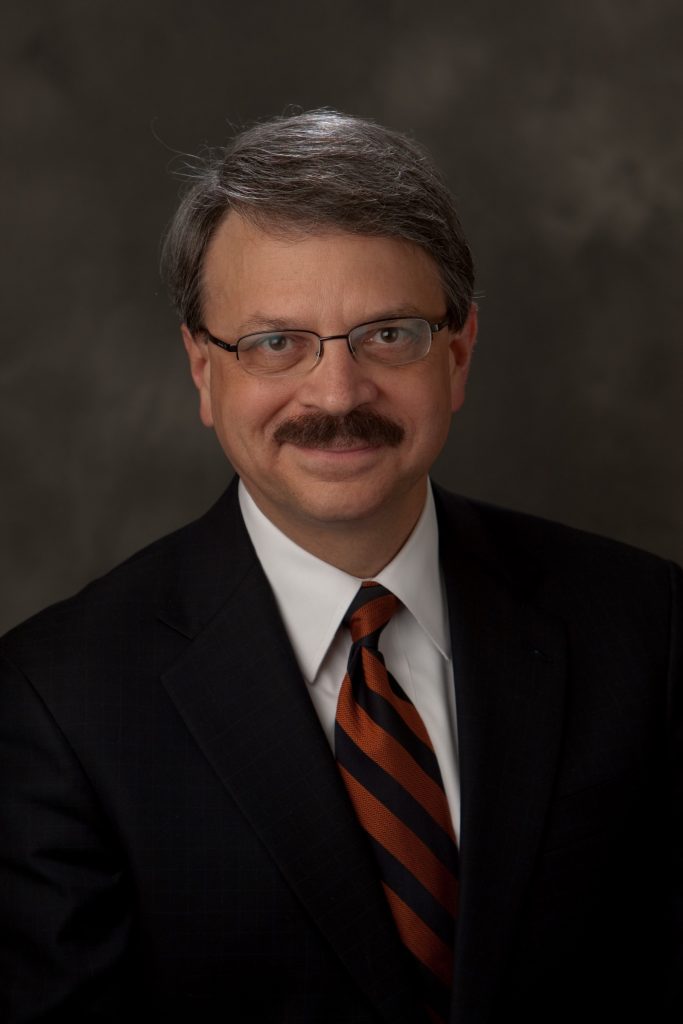 He has delivered lectures and presentations at more than 250 meetings throughout the United States and in South America, the Caribbean, Europe, Asia, and South Africa and contributed to more than 115 publications and book chapters. Anne, his wife, is a nurse and administrative director of the Nazih Zuhdi Transplant Institute at INTEGRIS Baptist Medical Center in Oklahoma City. They have three children, Jon (wife, Amy) Skuta, Cate (husband, Justan) Wright, and Matt Skuta.

First presented in 2005, the Distinguished Alumni Award recognizes alumni who completed residency, fellowship, orthoptist or basic science training in ophthalmology at the University of Wisconsin and establish distinguished careers including community service, volunteerism either professionally, in the community or an academic institution. View a complete list of recipients here.

Back to School! Good Vision and Overall Eye Health are Vital to Learning