If you’d had the good fortune to know Chad Mayfield as a kid, you’d have thought it quite reasonable, even probable, that he would grow up to play third base in the big leagues of baseball. What made this notion believable was not how much he loved the game, or how well he played the position, but how he chose to deal with a rare, degenerative eye disease that “came right out of left field,” at 10 years old. 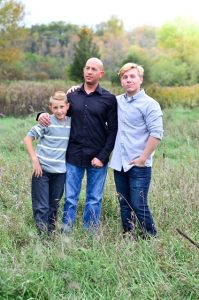 “I remember that date, it was December 23, 1987,” recalls Chad. His mother, Dawn, made their first appointment with a local doctor in Janesville after consistent complaints that he was having trouble seeing at school. Initially, his parents were told that he was probably just seeking attention, or that maybe he had something psychological affecting him. Dawn and Steve, his dad, knew their son too well and despite these disturbing suggestions, they knew that something more was happening behind those baby blue eyes – they began an arduous journey for answers. 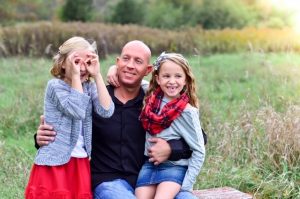 Their years-long, cross-country search and unwavering determination finally ended with answers at the University of Iowa, where Chad had been referred to Dr. Edwin Stone, a retinal specialist. It was there that his very real vision issues were genetically confirmed as Stargardt Disease. Stargardt’s is a form of inherited juvenile macular degeneration that affects the portion of the retina known as the macula. The macula contains photoreceptor cone cells, which are the key to both centralized vision and the ability to distinguish colors. Chad’s peripheral vision would ultimately be better than his central vision – he describes his eyesight as pixilated, at best, with many gaps. The condition, as Chad was repeatedly told, would only lead to further deterioration of his sight.

“You’ll never go to college. You’ll never drive a car. And you’ll never play baseball again,” were some of the dire things he’d been told as he and his parents had pursued that ominous diagnosis years ago.

Chad was having none of it. He ‘knew he could play,’ as they say. “I have never let my vision stand in my way,” Chad said firmly. To most people that may sound idealistic; to him it was, and still is, attainable. From his devoted parents and from within himself, Chad stayed true to his goals and refused to be stopped.

He was advised to consider the Wisconsin School for the Visually Handicapped, which was located right in his hometown of Janesville, for his secondary education. Chad, however, had his mind made up to attend Upper Iowa University (UIU). Not only was he accepted, he went onto a remarkably active and academically successful experience at UIU, where he ultimately earned his MBA in Human Resources Management. 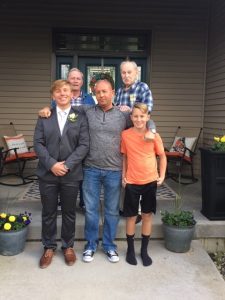 Chad’s success then and now is the result of his own powerful motivations. For the last 30 years, he’s been repeatedly told that any improvement in his vision or any chance of an actual cure for Stargardt Disease, has generally been a series of “Maybe…” and “Someday…” and “Perhaps in five more years.”

Fast forward to 2017 when Chad was referred to Dr. Kimberly Stepien, Director of the Adult Inherited Retinal Degeneration Clinic and Co-Director of the Ocular Genetics Program at UW-Madison’s Department of Ophthalmology and Visual Sciences. Dr. Stepien is also an enthusiastic collaborator with Dr. Stone, a familiar advocate for Chad. 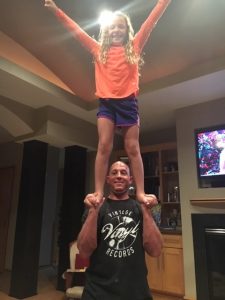 As he quickly learned, innovative stem cell trials have led to discoveries that have changed the tenor of discussions among UW ophthalmologists and their patients from maybes and ifs, to, “We’re there!” and “Let the trials begin!” It is clear that this experience was different for Chad, his mom, Dawn, and his young family. So positive and hopeful, in fact, that he travels across the country from Arizona to Wisconsin to continue his eye care here.

“Dr. Stepien gave me hope. Her passion for her life’s work and her empathy for her patients are compelling reflections of her commitment to providing real hope and results for myself and others with rare vision impairments,” says Chad.

Today, Chad Mayfield is not a New York Yankee, but rather the Western States Human Resources Manager, based in Mesa, Arizona, for The Boeing Company, the nation’s largest airline-building enterprise. Chad is committed to making a difference in the lives of his fellow employees and countless others. He has learned many things over the years of living with Stargardt Disease and believes that having a genetic disorder provides him with an entirely unique perspective, which allows him to approach others’ situations in ways they may not consider otherwise. Chad, also an avid family man, remains steadfast toward achieving his goals.

“I want to see the faces of each one of my four, beautiful children. I want to fly a plane. I want to drive an Interceptor. I believe I’ll do all of those things,” he says with an optimistic grin.

As he looks to the future, Chad continues to dream big. He (and his family) are driven by the promising advances and seemingly attainable outcomes from stem cell therapy. With that attitude, and UW-Madison’s dedicated doctors, researchers and staff, he may well be accomplishing all three in the not-too-distant future. 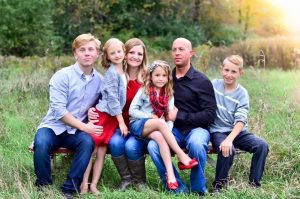