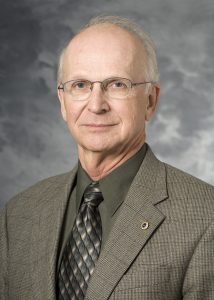 The Department of Ophthalmology and Visual Sciences is saddened by the loss of longtime professor and beloved department leader, Thomas Stevens, MD. Stevens died December 26, 2022, at the age of 84.

Stevens grew up in Chicago, IL. He earned a bachelor’s degree in philosophy from St. Louis University, then attended medical school at Northwestern University. He took a short break from medicine when he was drafted into the Army and served in Vietnam and Tacoma, WA from 1967-68. After that, he completed his residency at the Illinois Eye and Ear Infirmary in Chicago. It was there that he met his wife Marian, whom he married in 1970.

After completing his retina fellowship at the University of Iowa, Stevens moved to Madison and joined the department in July 1974. During his tenure, Stevens assumed many leadership roles, including retina service chief and vice chair for clinical affairs. He also served as interim department chair from 2002 – 2004.

“Tom offered his hand of friendship and support to me almost immediately when I arrived to serve the department as its chair in 2014,” said Terri Young, MD. “He graciously agreed to serve on our inaugural departmental advisory board after officially retiring from practice.  His was a voice of historical reference, and devotion to the department and its stake holders.  I am forever indebted to him for his kindness and inclusiveness.”

“The Retina Service remains indebted to Dr. Stevens for his leadership and for the establishment of a team that are friends and colleagues,” added Justin Gottlieb, MD, who followed Stevens as chief of the retina service. “A lasting legacy of Dr. Stevens is the weekly retina service meeting during which we discuss challenging cases, ground-breaking research, and conduct our business meetings. This meeting is a highlight of the clinical and educational backbone of our service.  The collegiality of our large service is evident as opinions are offered without ever seeming threatening. No question is too simple or opinion without merit.  This only occurs through leadership that models the same characteristics. This is the legacy of Dr. Stevens.” 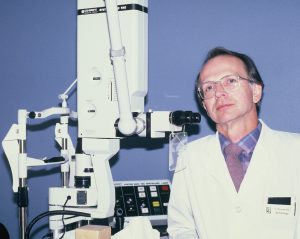 Stevens was known as a giving, kind person who was always looking for ways to support and grow the service and the department. “When I became director of the Clinical Trials Unit (now Clinical Eye Research Unit), Tom made a donation in order for us to have up-to-date imaging systems,” said Barbara Blodi, MD. “Tom’s charitable gift allowed the clinical trials unit to purchase a state-of-the-art Optical Coherence Tomography system for the many trials that require it.”

Stevens is also remembered as a conscientious physician who gave his best to his patients. “Always with great modesty, Tom knew how to improve our practice and how to better patient care,” Blodi said. “When I think of Tom, I think of him as a colleague and a friend. As a colleague, he helped me with his knowledge and experience.  As a friend, I could count on him for his support, honesty, integrity and kindness.” 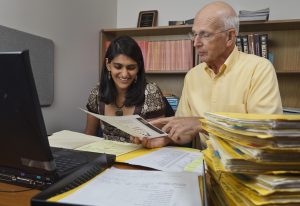 “I shared many patients with Dr. Stevens, and it was clear that he was greatly admired, respected and loved by them all,” added Michael Ip, medical director at the Doheny Image Reading Center. “Dr. Stevens was the retina service chief during much of my time on faculty at University of Wisconsin, and he showed great dedication to the smooth running of the service. On a personal note, when I arrived in Wisconsin in 1999, I could not have had a better person to introduce me to the department and to the greater Madison area. I recall several gracious receptions and dinners hosted by Tom and Marian at their house.  Tom was a tremendous asset to DOVS, the Madison community and to the many patients he cared for.”

The University of Wisconsin–Madison Department of Ophthalmology will miss Thomas Stevens for his leadership, wisdom, compassion, and generosity.