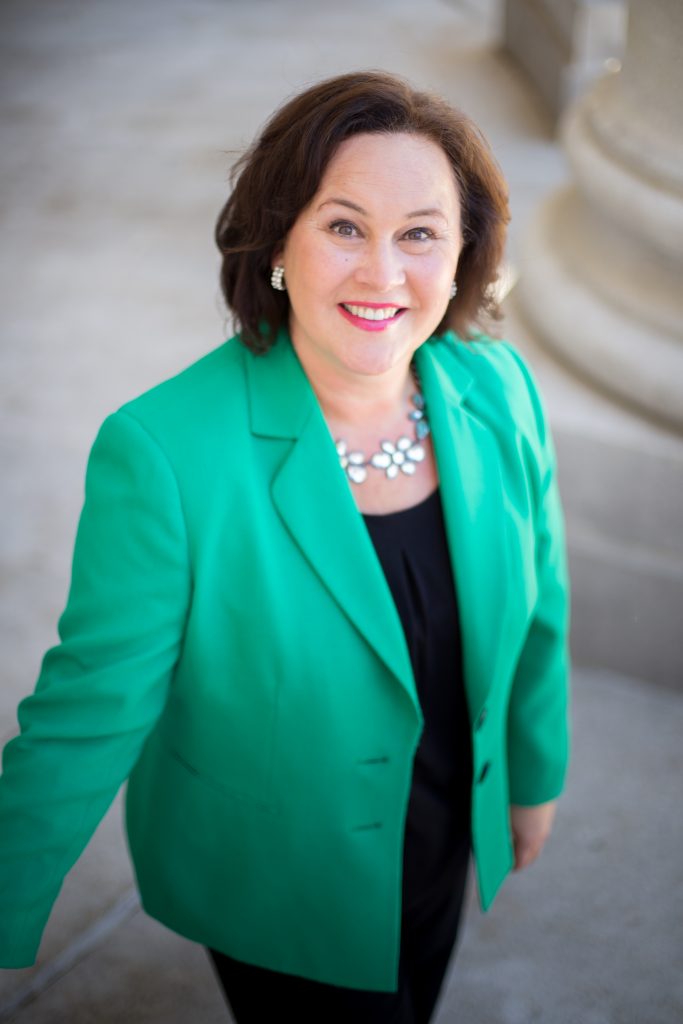 BELOIT — For most, skipping a routine exam isn’t something that would cause panic or result in anything besides a hearty lecture from your doctor. But for others, skipping an exam could change your life.

Stephanie Klett, secretary of Tourism for the State of Wisconsin, found out how vital annual checkups can be. On a busy day, Klett almost convinced herself to cancel an eye appointment with her doctor in Beloit.

“I thought, ‘I have no eye problems this year. I should cancel.’ And I looked at my schedule and said it would be months out before I would get back in to see the doctor,” Klett said. Instead, she decided to forge ahead and go to her appointment. While there, her doctor discovered Klett was on the verge of retinal detachment.

The retina is often referred to as the “ﬁlm” of the eye. The light sensitive tissues connect to the brain and sends visual signals.  A detachment would result in permanent loss of vision.

“She kept going back to one spot on my right eye over and over again,” Klett said. Finally, her ophthalmologist, Alice Townsend, MD, of the Beloit Clinic said, “We need to get you to a specialist.” Klett had several tears in her eye and a partial detachment of her retina.

Thinking the appointment was something she could schedule later, Klett said she began looking at her calendar for dates that she might be available.

That was, until Townsend calmly said, “We need to get you in now or you could lose your eyesight.” From there, Klett said she was driven to the University of Wisconsin Health Hospital in Madison to save her vision.

Dr. Michael Altaweel, UW Health ophthalmologist, said Klett’s case was rare because she had no symptoms prior. “She didn’t really have symptoms, a lot of people do,” Altaweel said. “When her doctor saw her, she already had a tear and a pocket of ﬂuid around her eye, it (the retina) was already detaching.”

Usually, Altaweel said patients experience “ﬂoaters,” which occur when the gel substance behind the lens of the eye lapses. The substance begins to shrink and casts shadows on the retina. Other symptoms include an arc of lightning inside the eye, which is caused when a person would look to the right or left quickly, then the gel moves around and pulls on the retina, bleeding. Detachment can occur from a fall, being near-sighted (which occurs when a person has a thinner retina), or due to age-related reasons.

“There were ﬁve holes in both eyes…had I let that go, I would have had a detached retina and I would have lost my eyesight,” Klett said.

Altaweel performed emergency surgery on both of Klett’s eyes. Each procedure required a laser to be used, and for the 30 minute ﬁx, Klett had to be awake.

During the procedure, Klett had to wear a contact lens, through which the laser beam was directed in order to form scar tissue.

“(I) lasered around it like spot welding, if you can do that right away you can avoid losing vision or having a big surgery,” Altaweel said. “We use three rows of lasers around it to seal a detachment. It creates a scar so that it can’t get any worse or grow.” Klett said being awake during surgery didn’t phase her much.

“They talk you through it,” Klett said. “When the laser hits a nerve, you feel it. You can’t move. You really have to concentrate on staying steady.”

Klett said without the surgery, her entire life would have been changed.

“For 25 years, I’ve done nothing but promote Wisconsin. My life would have been completely different. There’s so much that is going on in our body, and the only way to ﬁnd that out is to go in (for appointments), I’ve always been pretty good about doing the annual exams; it (the emergency) really enforced why you should never ever cancel,” she said.