Judy Reed, a long-time Madison resident, traveled to the small village of Gbonkonimah, Liberia in 1964. She spent the next two years teaching there as a volunteer with the Peace Corps. During her time at the school in Gbonkonimah, Reed met Kekula, who was just 12 years old at the time. Kekula made a strong impression on her, and her letters home often included stories about the young man.

Over 40 years later, Reed made a comment at a book club that she was considering returning to Liberia and casually inquired if anyone else might be interested. Jane Scharer expressed interest, and before Reed knew it, Sharer had gotten her vaccines for the trip.

Reed reached out to a former student from her Peace Corps days, who helped her connect with other former students. One of them was Kekula. And he needed help. Kekula was now the principal of a school, but the building needed significant repairs after damage and neglect suffered during and after the years of civil war in Liberia.

After their trip to Liberia, Reed and Scharer decided to start a 501(c)(3) in the spirit of raising money for projects that might help the Liberian people. So, in 2007, the Liberian Assistance Program, Inc. (LAP) was created. Kekula’s school was repaired so that it was usable, and the decision was made to build a new and substantial school on Kekula’s property in Cow Town, Liberia. In 2011, the Barack Obama International Foundation School opened with 225 students. The school also offers adult education, including tailor and sewing classes to provide a trade skill to local residents. Reed and Scharer returned to Liberia in 2014 to see the Obama school for the first time.

Back in Madison, the LAP board of directors, including Reed and Scharer, started to plan a 10th-anniversary celebration for the fall of 2018 to honor the founding of the organization. In September, Kekula traveled from Liberia to be a part of the celebration and to raise funds in the United States to help support the school.

Reed was concerned about Kekula’s state of poor vision and the lack of treatment options that were available to him back home in Liberia. Reed’s neighbor is an orthoptist with UW Health Eye Clinics, and so it didn’t take her long to start campaigning for treatment on Kekula’s behalf.

After a series of appeals to UW Health Eye Clinics, including administrative staff and doctors, Kekula was scheduled with Dr. Nork for two laser procedures to treat his diabetic retinopathy while he was in Madison for the anniversary celebration. As of October, Kekula has returned to Liberia and has visited an eye clinic there. 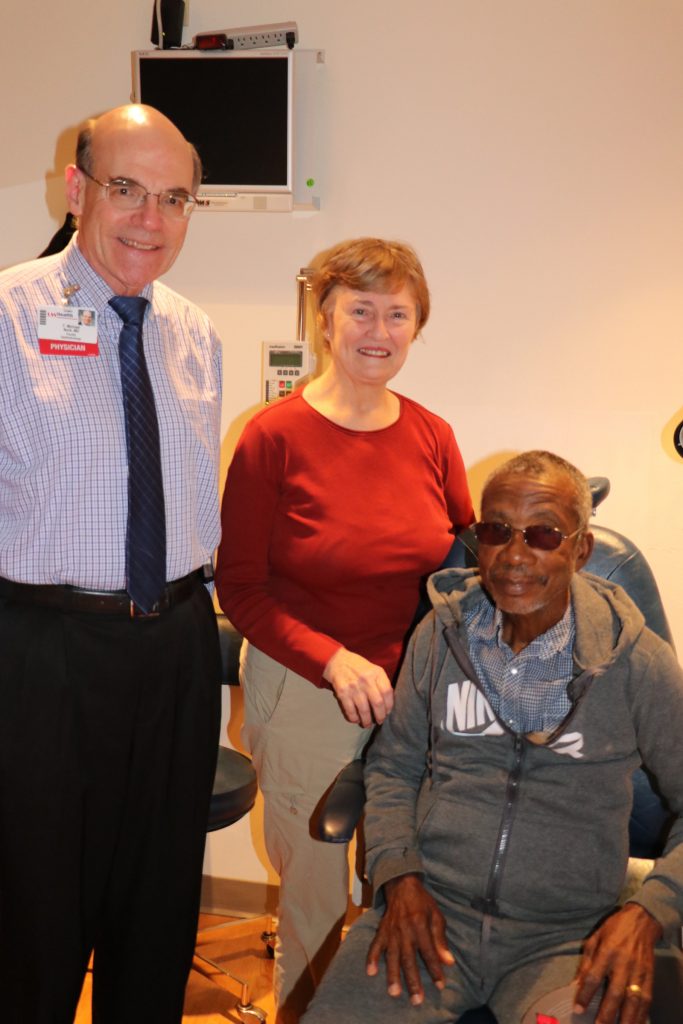 In a letter of appreciation to Dr. Nork, Reed noted that “Jessie has been a wonderful partner in our work in Liberia. He led the construction of the Obama School and has been a diligent caretaker of the building and a leader for students and staff since the school opened in 2011. Thanks again. Your kindness brightened Jessie’s and our lives. UW Hospitals should feel very fortunate to have you on its staff.”

To learn more about Jessie Kekula and LAP’s work in Liberia, visit www.liberianassistanceprogram.org.