A Review: The Association Between Myopia and Glaucoma 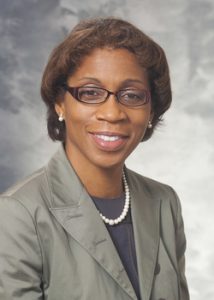 More than just an optically correctable inconvenience, myopic refractive error is increasingly being considered an ocular disorder. A greater understanding of the risk this highly prevalent condition presents—including for glaucoma— has led to an increased need for clinicians to monitor myopes more closely for early pathologic changes. Myopia is the most common form of ocular refractive error (ametropia), in which alterations in the curvature and thickness of the cornea and lens, depth of the anterior chamber, and axial length of the globe cause convergence of light anterior to the retinal plane and thus “nearsighted” vision. This condition affects approximately 1.6 billion people globally (representing approximately 22% of the population) and is anticipated to increase in prevalence to 2.5 billion by 2020. *1,2 Myopia typically accelerates during the teenage years. There is a notably higher prevalence in children of East and Southeast Asian ethnicity (42.7% and 59.1% in 12- and 17-year-old children, respectively) compared to children of European Caucasian ethnicity (8.3% and 17.7%, respectively). *3  Near-work activities—such as reading, writing, computer use, and playing video games—were thought to contribute to the development of myopia by leading to constant ciliary muscle contraction and hindrance of correct accommodation, to which the eye responds by elongating at a higher rate. More recently, less time spent outdoors has also been implicated (the “light-dopamine theory”) since increased light intensity stimulates dopamine release, which in turn reduces axial elongation of the eye. *4

Teenage and adult-onset myopia is typically characterized by an axial length of <26 mm and milder refractive errors of up to –5 diopters (D). These forms are distinguished from the more severe condition of high (or pathologic) myopia, accounting for 27-33% of all myopic patients, in which extreme refractive errors of ≥ –6.00D and an axial length of >26 mm are associated with progressive degenerative changes of the fundus, optic disc deformation, retinal thinning, and choroidal atrophy. *1  These clinical manifestations predispose greater risk to the individual of developing ocular morbidities, notably macular degeneration, retinal detachment, cataract, and glaucoma. It is concerning that the prevalence of myopia ≥ –8.00D has risen eightfold over the last 30 years. *2

The association between myopia and glaucoma is well established, with 6% to 29% of primary open-angle glaucoma (POAG) patients reporting concurrent myopia. *6 Population-based studies have shown that the odds of developing glaucoma rise with increasing severity of myopia. The pooled odds ratio (OR) for glaucoma and low myopia (≤ 3.00D) association is 1.65; for glaucoma and moderate-to-high myopia (>3.00D), the association is 2.46. *7 Increased axial length (>26 mm) is cited as the most important contributing factor for the development of glaucoma in myopes. A recent study by Shen et al noted that myopia was associated with an increased prevalence of all forms of open-angle glaucoma and ocular hypertension whereas hyperopia was associated with a substantially increased prevalence of progressive angle closure glaucoma. Although high myopia is a strong risk factor for glaucoma subtypes, low and moderate myopia also have a significant effect on glaucoma risk. Additionally, there were moderate racial differences in the association of myopia with the risk of POAG and normal tension glaucoma. *8 However, animal studies confirm that a complexity of factors relating to thickness, composition, and biomechanical behaviour of the sclera may influence risk, particularly the differential ability of circumferentially orientated collagen and elastin fibers to protect against IOP-induced expansion of the scleral canal within the optic nerve head-associated peripapillary sclera. *9

The mechanisms by which a myopic condition predisposes to glaucomatous development are not completely understood. However, two principal theories attempt to explain the progressive damage to RGC. The mechanical theory purports that damage to the lamina cribrosa, where RGC axons exit the eye, leads to RCG atrophy and glaucomatous optic neuropathy, whether induced by increased IOP and a tensile sclera or by exacerbated shearing forces due to a longer axial eye length (in the absence of elevated IOP).

The vascular theory considers glaucomatous optic neuropathy as a consequence of insufficient ocular perfusion secondary to increased IOP or other risk factors. *10  One important factor implicated in the vascular theory is the diminished ability of the retina, as a result of myopia-associated retinal pigment epithelium (RPE) and choroid atrophy, to access molecules fundamental for its functioning, thus causing oxidative stress. Certainly, increased generation of reactive oxygen species and/or reduced antioxidant protection mechanisms are known to play a pathogenic role in POAG; *11  and the high oxygen demands of the retina coupled with its high polyunsaturated fatty acid content make this tissue susceptible to oxidative stress. *12

While the association between myopia and glaucoma is unrefuted, there are inherent challenges in differentiating between early stage glaucoma and “normal” myopia.

Assessment of IOP alone can prove ambiguous for identifying glaucoma in high myopic patients due to the fact that IOP is significantly dependent on corneal thickness. Corneal thickness varies according to ethnic group, and is characteristically thin in myopic eyes (making them more likely to test negative for IOP elevation). *14  Differences in biomechanical properties of the cornea conferred (in part) by corneal thickness may have an impact on IOP measurement (and thus accuracy of using IOP when screening for glaucoma). The optic disks of many high myopia patients are accompanied by tilt, torsional or pale appearance, or peripapillary atrophy leading to pseudo-glaucomatous visual field defects. *15  The need for a systematic approach to estimate association between myopia and glaucoma will be addressed with consensus use of the Disc Damage Likelihood Scale, a new system for estimating the relationship between optic disc size, neuroretinal rim, and cup/disc ratio and assessing glaucomatous damage of the optic disc in correlation with the degree of visual field loss. *16

High-definition spectral-domain optical coherence tomography (SDOCT) is a valuable aid for detection of early glaucomatous changes, as it provides visualization of a thinning circumpapillary retinal nerve fiber layer (cp-RNFL), a traditional indicator of glaucoma. However, a thin cp-RNFL is also a clinical feature of the enlarged eyes and stretched retinas implicit in high myopia. Since retinal thinning typically occurs in the peripheral but not central areas, assessment of macular measurements such as the ganglion cell complex and ganglion cell inner plexiform layer, which are not influenced by myopic thinning of the cp-RNFL, are proving to have superior diagnostic value for identifying glaucomatous changes in high myopic eyes. *17

Early detection of any pathology provides the greatest potential for prevention; this pertains equally to myopia and myopia-related glaucoma. Interventions to control excessive ocular growth and limit myopic progression are under investigation. One approach involves ocular strategies such as varifocals, bifocals, and novel contact lens design, as it appears eye growth responds to optical cues.

Another approach is based on behavioral strategies such as modified ergonomics in the classroom, in which curved computer monitors/work stations recreate the optics of outside viewing. The use of atropine has been shown to reduce the rate of axial elongation; however, in view of rebound growth once treatment ceases and concerns of long-term side effects, further studies are investigating lower-dose formulations of atropine and other muscarinic antagonists. Consideration is also being given to the combination of interventions such as medicated contact lenses. *18

One of the most important approaches for monitoring early glaucoma changes in high myopes is to perform routine visual field testing, a relatively simple test that is arguably underused in current clinical practice. At present, ophthalmologists may err on the side of performing visual field tests only when excessive optic nerve cupping or asymmetry in the optic nerve cupping between two eyes is apparent. Similarly, the initial response to visual changes may be to provide a new glasses or contact lens prescription rather than proceeding with glaucoma testing.

Therapeutic approaches for myopic patients who have early glaucomatous changes do not necessarily differ from what would be advised for glaucoma in non-myopic patients. While administration of topical IOP-lowering medications or surgery would be indicated, there may be consideration given to taking an earlier, more invasive surgical approach than for non-myopes; however, there are no studies available at present to support this course of action. Future approaches will likely be based upon a better understanding and subsequent control of scleral biomechanics. Influencing the synthesis and organization of collagen and elastin fibers in the posterior sclera may provide a therapeutic avenue to distend the peripapillary sclera and prevent further optic nerve cupping and RGC loss.

The application of genome-wide association studies such as the International Glaucoma Genetics Consortium (IGGC) *19  and Consortium for Refractive Error in Myopia (CREAM)20 show great potential for increasing our understanding of the genetic associations between refractive errors and risk for glaucoma development. The ultimate aim of these and other studies is to provide a platform for identifying genetic markers that identify those at most risk for developing these conditions and to also provide information as to which therapeutic strategies are most likely to be effective in thwarting myopic development, or preventing its co-morbidities such as glaucoma.

Terri L. Young, MD, MBA, is the department chair of ophthalmology and visual science and Peter A. Duehr Professor of ophthalmology, pediatrics, and medical genetics at the University of Wisconsin, Madison. She states that in the past 12 months, she has not had a financial relationship with any commercial organization that produces, markets, resells, or distributes healthcare goods or services consumed by or used on patients. Medical writer Caroline M. Markey, PhD, of Markey Medical Consulting Pty Ltd, assisted in the preparation of this manuscript.